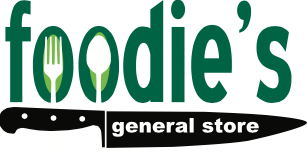 Food items are not returnable . Please report all damaged in shipment issues promptly. Keep the product until process is complete. We require photo evidence of damage submited to Foodies General Store to provide to carrier as evidence. If carton appears damaged it may be wise not to accept delivery from the carrier. Non food items returnable within 30 days of shipping date. Shipping fees, both outbound and inbound cannot be refunded unless product is defective or because incorrect product was delivered and said item is returned with all original content, packaging, documentation, etc within 14 days. Non food items returnable within 30 days of shipping date For assistance returning an order please email: [email protected] or call 2485390488.
TOP